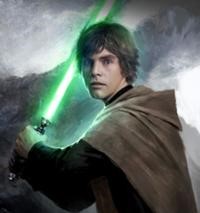 “Wisdom is knowing how to live your life”. This was said on the last day of 2014 by a Danish entertainer, Niels Hausgård, known for his humor and philosophical attitude. Looking around in Siljan AirPark you get the feeling that you are surrounded by people, who discovered the truth of these words long ago. “Pursuing your dreams” is another aspect of these words, and the history of Siljan AirPark although so far short tells a story of people who wanted to do something – and did it!
A new year with all its challenges is in front of us and our new board is ready to meet them and suggest how to do it in the best way. At the general meeting in April the rest of us will decide if we think their proposals are right. We expect that they will do right, and to quote Queen Margrethe II of Denmark in this year’s address to the Danish people: “It is important that we expect something from our fellow beings. If you don’t expect anything you might as well say: you will most likely not be able to solve this problem or do this right.” In our president’s chronicle you will read about results achieved and tasks to continue working on, and we can feel confident that he expects us to expect something from him and his board these coming 12 months. Mr. President, keep up the good work, and may the force be with you!

The president of SAPS has the floor 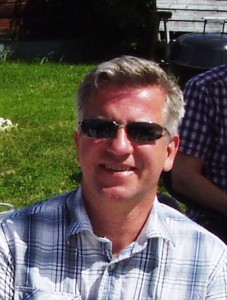 This year is now coming to and end and its’ time to summarize.

Last winter wasn’t much of a winter. Although we had a new scooter trail, I don’t think it had more than only a few test runs, before the spring took over.

Our annual meeting where held at the club house in April. No large projects where decided this year. I think everybody was fine with that and it left room for some more recreation instead.We got a new board member (welcome René!) and after the meeting we thanked our former president for his relentless efforts all these years and also celebrated Henner’s 50:th birthday.

This summer started off a little bit pale with a normal Swedish midsummer (cold), which then grew to a fantastic summer. A few, more or less organized, fly-outs where held and I’m really hoping for more in the future. The warm weather was not only great for us Airparkers, it was also a boost for the vegetation in the deserted plots and in all ditches surrounding our Airpark. Finally, the season ended as usual with a great Kräftis. 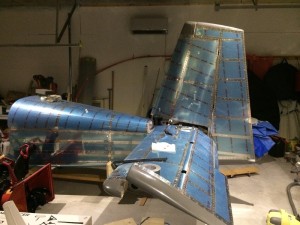 In the crisp weather of late October we followed up on our tradition of organizing a ”cleaning up day”. The usual suspects where there, cutting down bushes (or rather small trees actually). which had grown totally out of proportion. Fortunately, the ditches were roughly cut earlier by machine, otherwise it would have been an impossible mission. 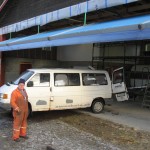 Finally I got my plane up to SAPS for a warm winter rest, but it’s getting crowded in the hangar. Our new RV-10 is gradually taking up more and more space there!

For us who have followed Reino’s years of hangar gate building, I can now officially say it’s finished.
Way to go, Reino! Now we also want to see his hangar queen there.

There are now 5 toddlers and at least two sub-teens among the ordinaries in Siljan AirPark . During week-ends, vacations and celebrations the number of under aged individuals to be found on the grounds of Siljan AirPark tends to increase notably, and thus also the risk of potential accidents!
It has been mentioned again and again, now it is about time we DO something: appeal to visitors and to daily “users” of the roads in our airpark to be careful, to lift the foot from the accelerator, and be responsible persons at least when driving in Siljan AirPark.
It can be done with a polite and welcoming sign by the entrance, at the info-board. This info-board was put up few thoughts after conception. Why does it have to take years to put up a sign that might prevent disasters and keep down expenses for road maintenance!
The airpark isn’t that large, you have plenty of time to get around.

Chairman of the flying club has the floor 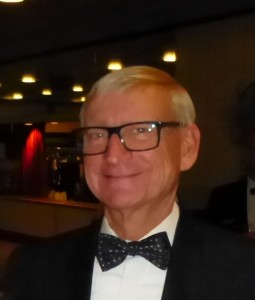 This year the Board has been complete with a chairman the entire period and – very important – a persistent and knowledgeable treasurer. Despite the geographical dispersion of the board, which is something we have to live with in the future, it has been a hardworking and well-functioning board of directors, I would like to thank for their cooperation during the year. We have managed to make decisions via e-mail, and many discussions have been initiated and shaped by “soffgruppen”. Thanks for your effort and inspiration. A board must have this inspiration from members in order to realize the visions.
The club finances are acceptable, we are working continuously to reduce our costs and get better deals with the banking, insurance etc., we pay our bills on time, and we pull in as much as possible on flight activities. Accounting and bookkeeping has been handled admirably well by Brigitte Asplind and our treasurer Fredrik Pellebergs’s holding the reins, so the board is continuously oriented about the club’s financial situation. Big thanks to Brigitte, Frederick and also Olle Sjogren, who is still supporting.
Last year a lot of resources were spent on upgrading the club’s physical environment and communication to members with good results. 2014 would be the year where the focus was moved to our core activity: flying. The renovation of Motor Falken continues, a bit delayed due to extended delivery periods of parts, but 2015 will be the year where the UAC again shall soar after several years among mothballs.
Gliders have enjoyed the amazing summer and gift certificate business have flourished, but still – flying activity as a whole did not exceed last year’s.
VPS ran into an engine break-down this fall, and will be equipped with a new engine during winter. Rotax in Austria gave a decent discount on a new engine because it was documented that VPS ‘engine had been serviced and maintained according to the rules. Thanks to Åke and Göte for the action around this. 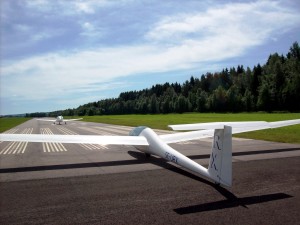 We have also had the pleasure that three new UL pilots have completed training and are now members. We welcome you in Siljansnäs Flying Club,
This year Kräftis had ideal conditions, perfect weather, no competition from neighbors, so all sails were up for celebrating our 25th Crayfish Tail Swing. There was a decent profit and club’s finances hold together also in 2014. Thanks to all of you who faithfully pulls a giant load during the days of Kräftis as wells as with preparations. We are aware that you need supplements of younger and stronger forces in the future, and I call on anyone reading this to think about that in 2015 we need to think creatively because Dala-Järna has its Flight Fest same weekend! Step forward, offer your ideas and your processing power for Kräftis 2015.
Twice we have tested the model to have the annual meeting at the same day as the SAPS, with subsequent joint dinner, and it has proven to be a good way to get closer to each other, so we plan to do so also at the upcoming annual meeting in April 2015.
Not all we dreamed of at the start of 2014 came through. Not yet anyway. But it is the board’s policy that the economy must be sustainable before we put new ships at sea. And this year, we are pleased that there was something on the casket bottom when the VPS needed help! I want to repeat last year’s conclusion:
In order to realize as much as we can with financially in 2015 we also need the younger generation to be involved in the prioritization of the club’s efforts. After Season opening in early May Wednesday night is a good time to talk with each other and develop ideas for how we can make Siljansnäs Flying Club still more active and even more pleasant to visit.

(this is pretty much identical with the chronicle in Flygbladä 2015, which you have recently received and translated – mainly by google – with a little help from a friend!)

Saxed from the world around us 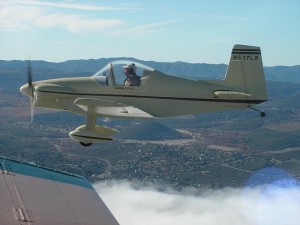 Picture of the day: Youth serum (save all the expensive anti-wrinkle-stuff)
JANUARY 1, 2015 BY GENERAL AVIATION NEWS STAFF
Lee Beery, 84, sent in this photo of his Corby Starlet being flown over Clear Lake, Calif. He says flying keeps him young. Lee adds: “The plane designer, John Corby, is an Australian aircraft design engineer. It is plans built, 14 feet in length with an 18 foot wing span with an empty weight of 588 pounds. Wood and fabric construction. Engine is a Revmater 2100D with a horsepower rating of 65. Aircraft is semi-aerobatic being loaded to 4.5 Gs and 6.75 Gs ultimate. Fuel capacity is 18 gallons, so with a cruise speed of 108 its it has a range of a good 400 miles. A very popular plane “Down Under” but only a half a dozen in the USA. I am an active pilot, flying my little Corby several times a week. I started flying in 1955.”
Here is something for Lancair-pilots:

Pilot to overfly both poles in earth-rounding bid

A retired airline pilot flying a modified Lancair IV single-engine airplane was en route from Montevideo, Uruguay, to Punta Arenas, Chile, on Dec. 30, on the second leg of a renewed attempt to circumnavigate the globe via a route that overflies the North and South poles.
Pilot Bill Harrelson of Fredericksburg, Vi rginia, was cruising at 12,000 feet, and upon landing in Chile would begin preparations for the 5,386-nautical mile, 27-hour leg that would take him from Chile across the South Pole to a landing in Hamilton, New Zealand, said Glenn Oxford, a member of Harrelson’s ground support team, during a telephone interview.

“Everything will rest on this third leg,” Oxford, also an airline pilot, and a former Naval aviator, said. The ground team was keeping an eye on some weather in southern Argentina, hopeful that the conditions would move east, away from Harrelson’s route south in the Barrett IO-550-engine-powered Lancair, which has been modified to carry a long-range fuel load of 361 gallons. 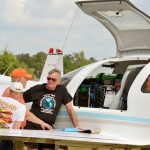 Harrelson, whose progress is being followed by the public on a “ZQ Pilot” Facebook page, and on the real-time tracking site Spidertracks, began his journey Dec. 28 in Kinston, North Carolina, landing in Montevideo after almost 29 hours of flight.

Dan Namowitz | Aviation Writer
Dan Namowitz is an aviation writer and flight instructor. He has been a pilot since 1985 and an instructor since 1990.

from our friendship airfield Ridge Landing in Florida

Santa is NOT repeat NOT driving a sledge with a red-nosed reindeer. He is of course FLYING at least when he visits Siljan AirPark 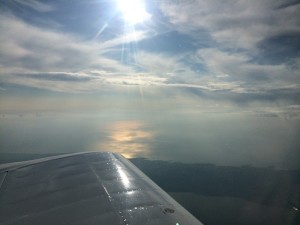 Write about your plans and and on your return tell about your trip and we will bring it here in SAPnews for our readers to enjoy and maybe be inspired. This spring a trip to Florida is being planned by some SAP-members, and we are eagerly awaiting to bring their stories on their return. Among other thing they plan to visit and stay at our friendship-airpark Ridge Landing in Frostproof,
This beautiful picture was shot from the cockpit of Frederik Diehls RV en route from Gdansk

Printed with permission from Gary Clark. Read more on www.swamp.com.au

Fields marked with * are required