Spring is on the move, and spring means end of skiing season, opening of flying season, end of heavy boots and mittens, and welcome to birds, sun, and 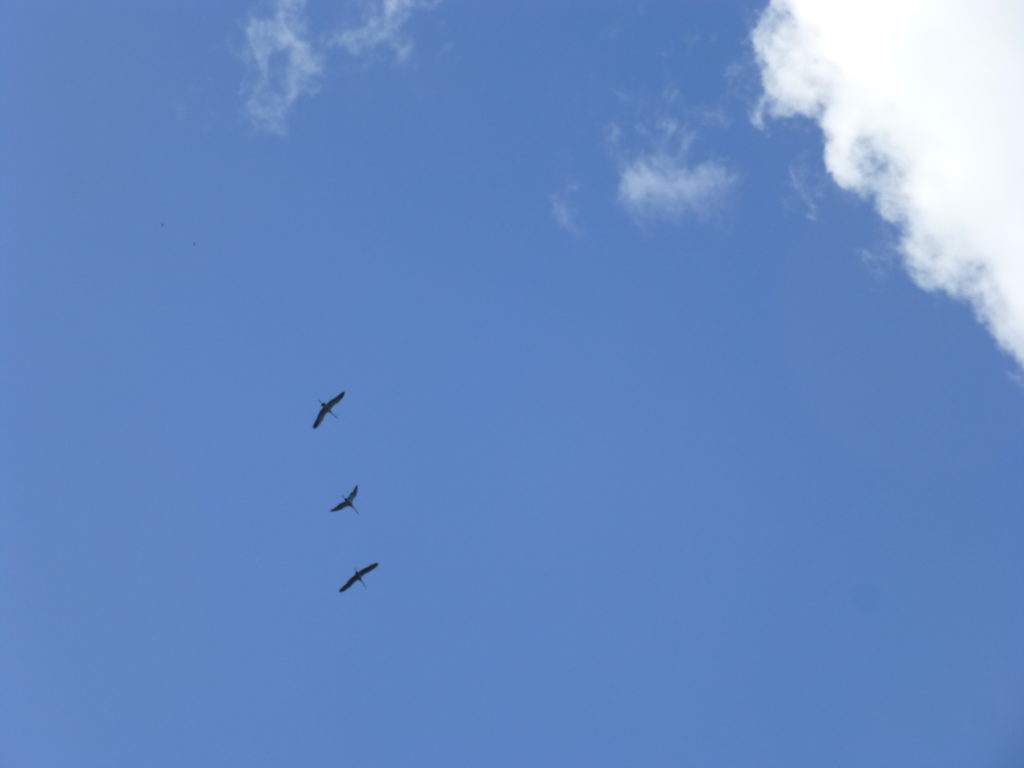 above all – the cranes! On March 23rd 15000 cranes were counted at Hornborgarsjön and ”our” crane couple already arrived. And if we are lucky we may witness the famous crane dance that often will result in a little new crane who will have to learn the art of flying before leaving for Spain in august.

Also this time of the year is Easter approaching and this often means more people in the airpark. Soon the SAP village will be humming with chain saws, screwdrivers, drills, and busy aviators bustling in and out. The sky will sound from cranes, ravens, chirping tits, and humming airplanes. Life.

And this year spring also announced our annual meeting where many airparkers found their way to their “second home” – in beautiful Dalarne. Snow is today still on Granberget so for those of you who cannot get enough down-hill skiing the chance is still there! Or is it? Hard to tell, but often Easter is the last chance. Depending on the amount of snow, of course.

The annual general meeting was as expected a lengthy event, chaired by Fredrik Pellebergs. It was almost 10.30 pm before the meeting closed but considering the vast number of motions and suggestions put forward there was a general satisfaction of the fact that the meeting was pulled all the way through even though it was rather exhausting. But except for a limited number of motions withdrawn at the meeting because they were covered by other motions all remaining items were covered and decided upon. The motions were covering everything from playground, over  infrastructure, majorities for investment loans, and discussions and decisions upon communication language to date for next annual general meeting.

A new concept was introduced, a Code of Conduct. Our airpark has existed now for ten years, and this is typically the time where the need for articulating how we act and how we behave handling our common property will emerge. The pioneer honey-moon is over now, and it is necessary to be more specific as to course, speed and expense of development when discussing this and discovering, that our visions and dreams about this are not in accord with one another as many of us are past the “building-my-house-getting-my-airplane-from-the-runway-to-the-hangar-state”.

The wish and need to involve as many members as possible to make sure that the right and sustainable solution is chosen for projects in the future lifted forward the idea of creating task-forces for each project. This is also seen as a way to lift off some work load from the shoulders of the board members.

Our statutes state that 2 weeks after the annual general meeting the minutes must be available. They will be put as usual on Member Forum > Meetings, protocols and documents > annual general meeting 2017.There you can read the detailed description of the meeting including all the decisions made. So keep an eye on Member Forum – also for that reason.

The new board, which due to a motion carried through at the annual general meeting will start working on June 1st 2017 instead of January 1st 2018, looks like this:

which leaves one ordinary board member seat vacant.

As accountant were elected René Byrholt and Hans Björkman, and as election committee Fredrik Pellebergs and Florin Chirilas.

Until June 1st the new elected board members will act as an interim board with the same positions.

The photo taken from the webcamera on top of Granberget barely shows the airpark and not at all the conditions on the airfield. For a number of years a webcamera, owned by SAPS, has been mounted on the flying club house pointing towards the runway. For a number of months this has unfortunately been out of service or rather the image has not been visible on the internet although the camera took pictures and sent them out. The webcamera has been doomed outdated and a new solution is being worked out. Until then you will have to look at the one on Granberget or call Ingmar for runway conditions. 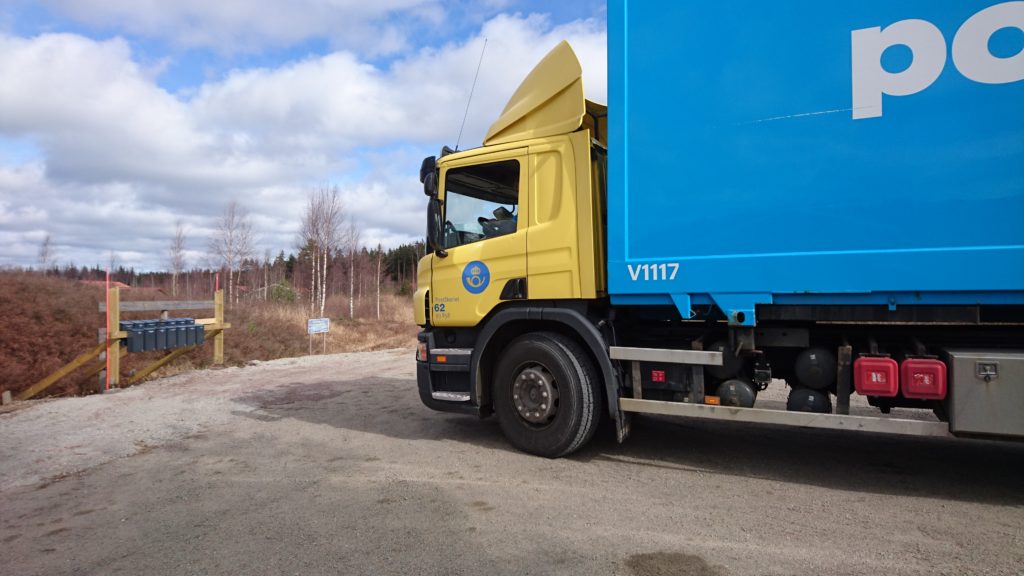 They are here and here is the proof: they are being used. At least this huge lorry discovered their existence. Hopefully in the near future a nice roof will secure your newspapers and letters for being drenched during rainy times.

Unusual large water consumption last year may according to the water supply company have been caused by the incorrect use of the 3-step valve, the so called Siljansnäs valve, which is the entrance from our common water pipes to the individual house and meters. If that valve is not positioned correctly water may sip out. The piece of advice to be followed by us as consumers is therefore: DO NOT TOUCH THE 3-WAY VALVES! They are property of Siljan Airpark Samfällighetsförening but don’t touch them. As you must turn off the water when you leave the house use your inside valve. At the annual general meeting it was also decided that the board draw up a framework for a rule set that ensures that VVS – jobs to be performed on water pipes, up until the water meters, must be carried out by a qualified plumber who is insured. Members who fail to comply shall be held liable for costs incurred due to such failure.

Yes, a new airparker saw the light of the day last December. Walther Hammarström became big brother to his new younger brother Victor. Congratulations to Wanja, Johan and Walther to this new wonderful addition to their family.

Look into your wallets and purse

Sweden has made complete change of coins and bank notes. The last part of the change is taking place this summer. Until June 30th you can still pay with the old coins and notes, but after that date you may deposit coins in the bank until August 31st and bank notes (100 and 5000kroner) until June 30th 2018.

Our birds – the cranes Grus Grus

On March 25th “our” cranes arrived at ESVS! Now this is the ultimate sign of spring in the airpark. The European cranes are doing good according to the ornithologists, coming all the way from southern Spain together with our FBO Ingmar Lind. The cranes rest four times before we see them in Siljansnäs. The first time is apparently just after the have passed the Pyrenees, the second time at a big lake in northern France, then on Rügen in Germany before they cross the Baltic see and fly along the Danish coast to Sweden where Hornborgarsjön or Pulken on the Swedish east coast are their last rest before they drop off couple by couple all the way up in Sweden. The sight of thousands and thousands of cranes feeding is overwhelming, but it is nice to see that the bird we chose for our logo is doing well.

The art of calculating your course in life

Printed with permission  from Gary Clark. See more on www.swamp.com.au