Two days ago on April 1st a flock of cranes of app 50 individuals passed above my head in my home town on the north coast of Sealand, Denmark. They were obviously headed towards Sweden, maybe Siljansnäs but troubled by the strong eastern head winds. They curved as to gain altitude and mental strength to cross the open water which they do not favour. But then they decided to go a bit along the coast to Elsinore where the crossing over open water is very short. Maybe they considered resting at the lake Pulken or the well known lake Hornborgarsjön. The result was that we could enjoy the fantastic sight for a while longer. This is the time for cranes migrating. It is a mighty sight these wedges of large birds, and their 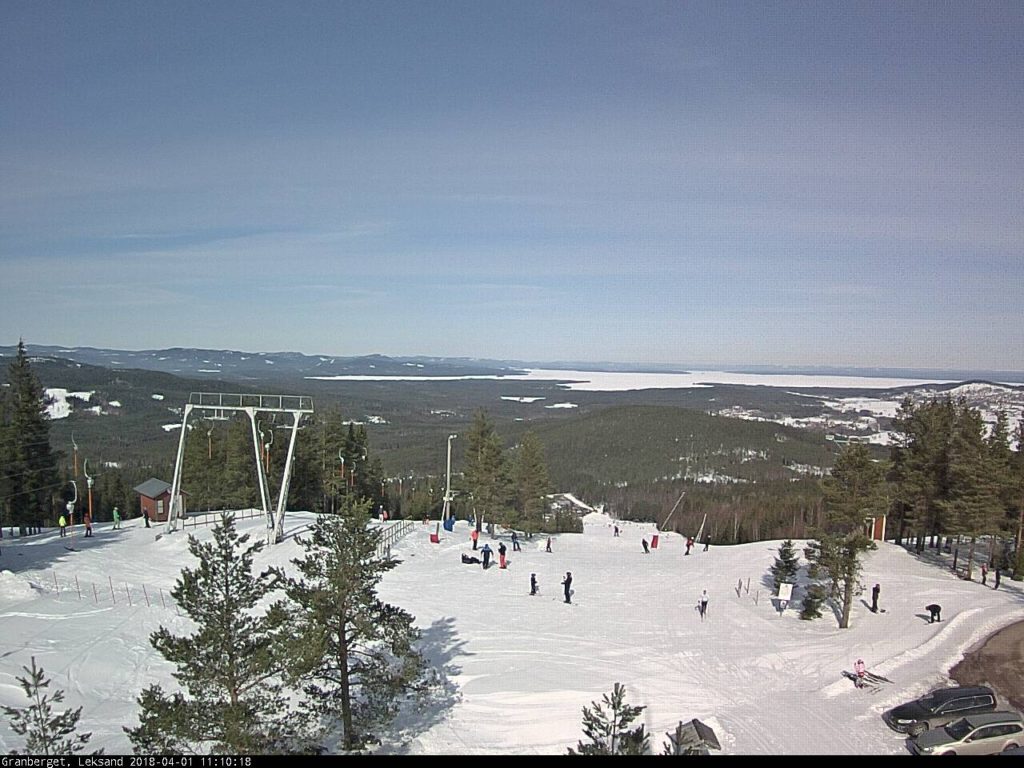 characteristic sound is foreboding spring being right around the corner, funny illustration by Russel Myles J.

One only hopes that the cranes will be able to find sufficient food in spite of the snow still covering the surface in Siljan Airpark.

But – admitted – when you look at the webcam of today from Granberget it does have this air of approaching spring in the light – vårvinter as it is called in Swedish – spring winter. 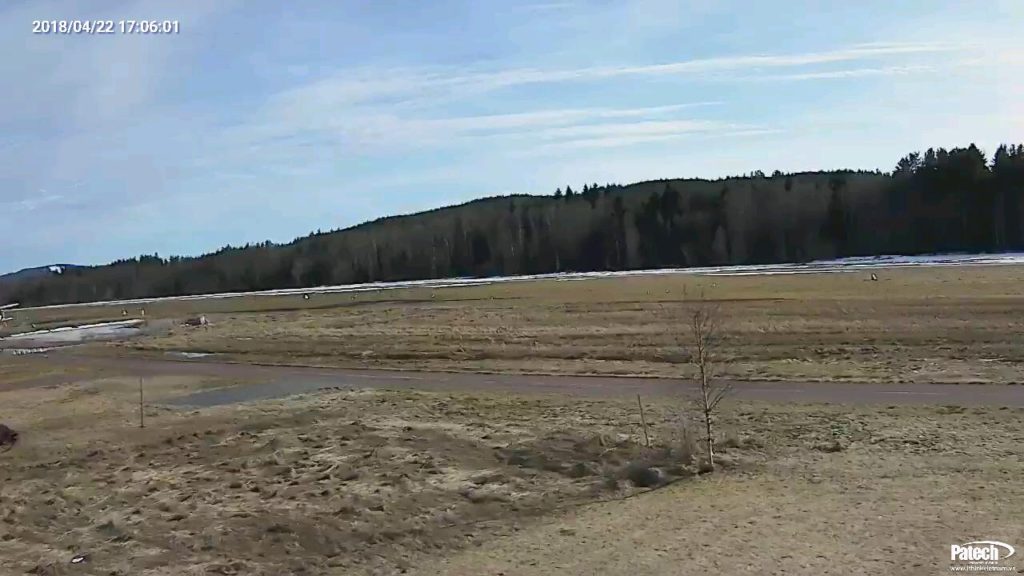 know if this is the last snow this spring, and therefore we must help each other to keep the access to the mailboxes cleared of snow. Otherwise the risk is that the mailman passes by or turns around. The same goes for access to the garbage cans. We all have a shovel in the trunk of our car, so if you see that the snow is piling up, please, grab your snow shovel and help the people who help us to get rid of the garbage.

From our reliable reporter on site we have heard that taking down of the vegetation west of the airfield is now in progress. This was a decision made by the annual meeting last year, the contract was signed, and the company promised to go ahead with it as soon as they had their machinery in the area. Hope this will add to the efforts of ensuring flight safety on our airfield. The photo taken to document this is unfortunately not of a quality that allows printing in this publication.

This time of the year plot owners who do not have asphalt on the entrance to the taxiway and are eager to get their aircraft out of the winter lair are facing big problems! Water possesses an awful strength when turning from liquid to firm ice and vice versa. It breaks rocks, concrete, and water pipes, and it also moves the underground around as well. Large rocks and smaller pieces are literally thrown around under the surface, causing dents, holes, and bumps. When you drive around on the roads in Dalarne you see the result of these forces: the roads are a patchwork of asphalt repairs after a period of being lined with signs saying TJÄLSKADA, meaning damaged road caused by the melting ice in the underground.

This means that the plot owners will have to wait for this phenomenon of nature to settle down before they can even think of having asphalt on their entrances. Otherwise a waste of money and energy. This is tough when you really want to get your aircraft out and go flying.

One solution might be to try to “bridge over troubled waters” with some boards or ramps until peace is restored in the underground.

We are as road owners also members of the association of owners of private roads, and their newsletter has a very informative article about how to maintain gravel roads like ours. Reading this it seems that we are doing the right thing by letting professionals take care of this. It is not a simple task.

Again this year Villaägarnas Riksförbund has published a list of the frequency of reported villa break-ins related to where you live. Leksand’s commune can boast of being number 9 from the bottom on the list with 290

communes with a break-in frequency of 0,07% compared to the average of Sweden which is  0,67%. This corresponds with our own local SAP experience of burglary frequency which as far as I know is zero! Nice! Peaceful place to live

From the Flying Club

The Flying Club has decided to renovate the Janus-trailer so our beautiful glider can have a decent looking transportation media in case of need. Actually this was decided upon several years ago but circumstances beyond the control of the board hindered progress of the re-construction of the cover. Now the board has decided to make the cover in metal as opposed to the original wood and canvas. Therefore the board cries out for help in the shape of thin flexible metal plates, so in case you have some lying around and just taking up space in your garage the flying club will gratefully lift that burden off your shoulders and use it for a good purpose. Just call the flying club on tel and let them know the details where to pick up the material. Great thanks in advance J. And latest news are that also the trailer of the LS:4 suffered under this winter’s immense amount of snow and now need repair as well L.

From Florida to Alaska in a Scout

Saxed from Aviation Brief: “When buddies Trey Brewer and Shiloh Dudley took off from St. Augustine, Florida, Friday morning March 23, 2018, they knew they were embarking on an adventure of a lifetime. And they wanted to share that adventure with the world.see more  “

One truth to live by

Printed with permission from Gary Clark. See more on www.swamp.com,au.