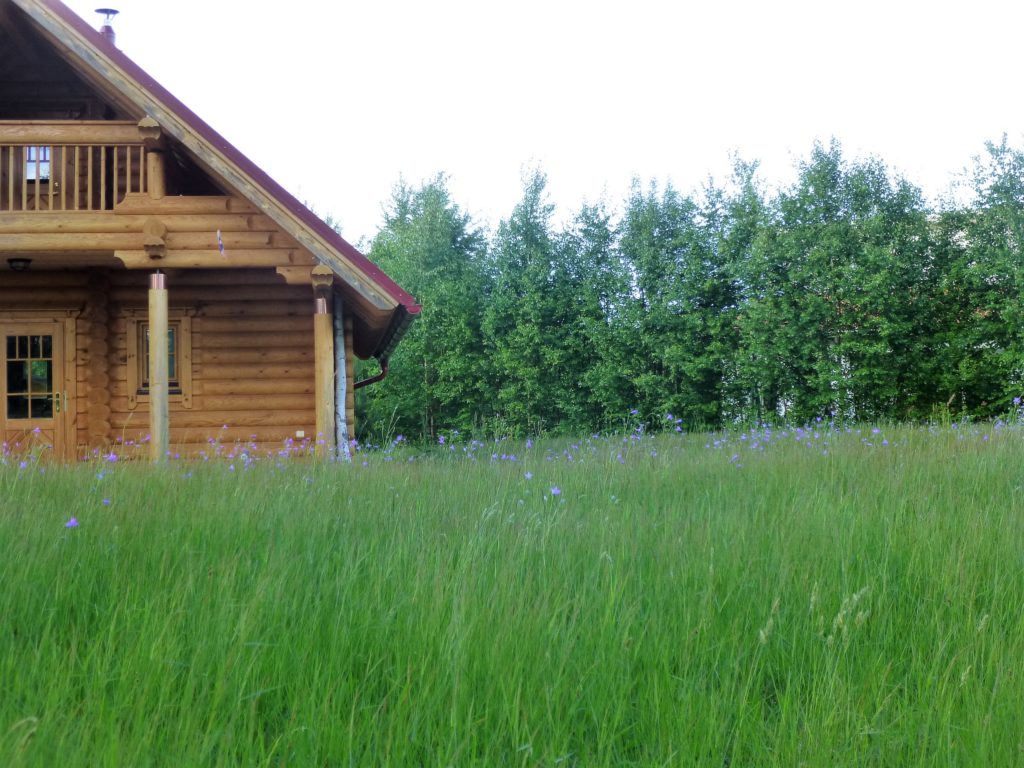 Flowers, ditches and meadows with all colours, blue dalarkl 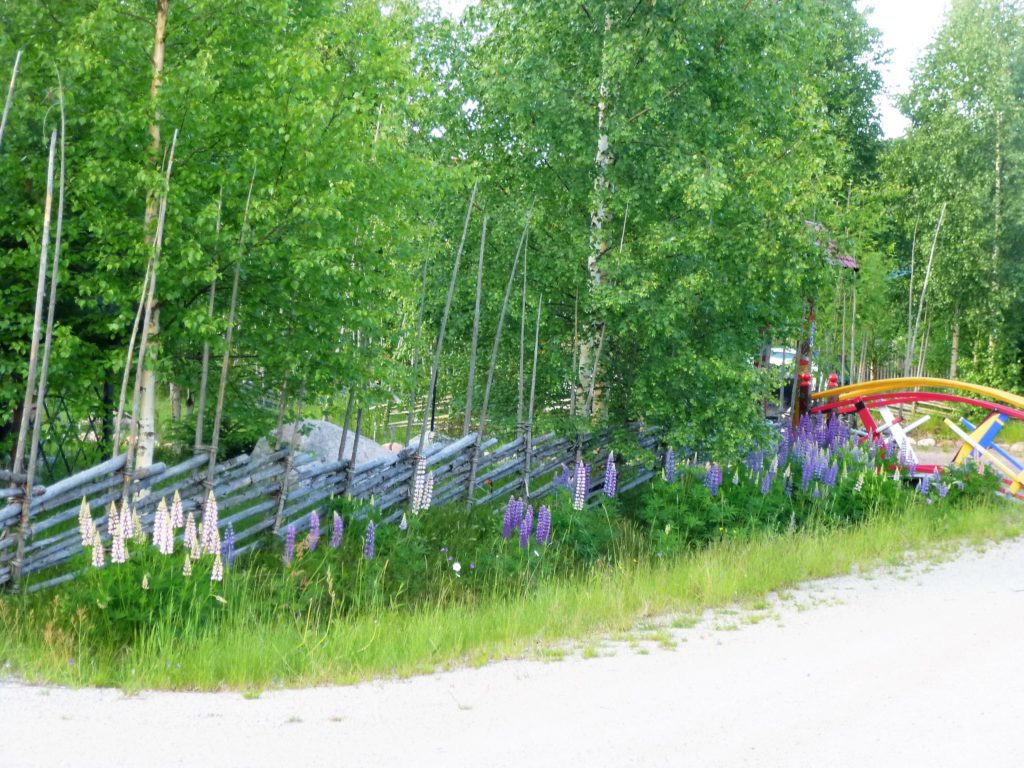 ocka, purple lupines, white daffodils, hundkex, yellow buttercups and many others, this is the essence of Swedish midsummer.

Again this year our f 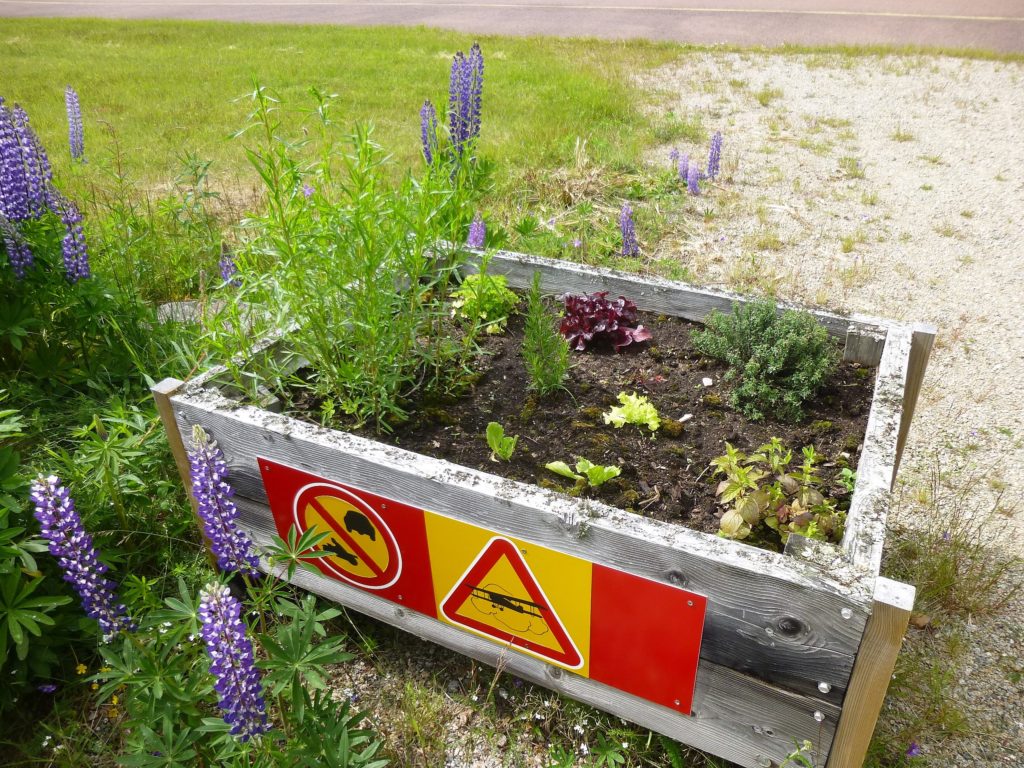 lower boxes have been filled with sweet smelling herbs but also crunchy lettuce. This is such a remarkable service to all of us that we can step right out of the house and add these delicious and nutritious details to our daily meals. Great thanks to Rigmor and Knut who see to this every year now since long. Remember to water the boxes near your house, though, we must help each other to ensure that the plants survive if heaven’s own water supply is insufficient.

This year midsummer was celebrated with all the traditions at hand in Siljan Airpark where many nations gathered around a very Swedish tradition: midsummer.

We ate as you should: herring, salmon, strawberries on the terrace at the club-house in lovely, lovely weather. And we sang the traditional schnaps-songs/nubbevisor, dressed the midsummer pole, played silly and hilarious games having the greatest of all times and ended up with a delicious BBQ in the club-house while the rain poured down – great! 35 people – members and guests – made sure that summer was greeted and welcomed in Siljan Airpark. Sinje and her helpers took to their utmost to spoil our gums and palates and even though the weather gods eventually became a little bit stingy with nice weather they did not succeed in spoiling the good atmosphere. Great day and evening, great thanks to Sinje for her initiative – once again. 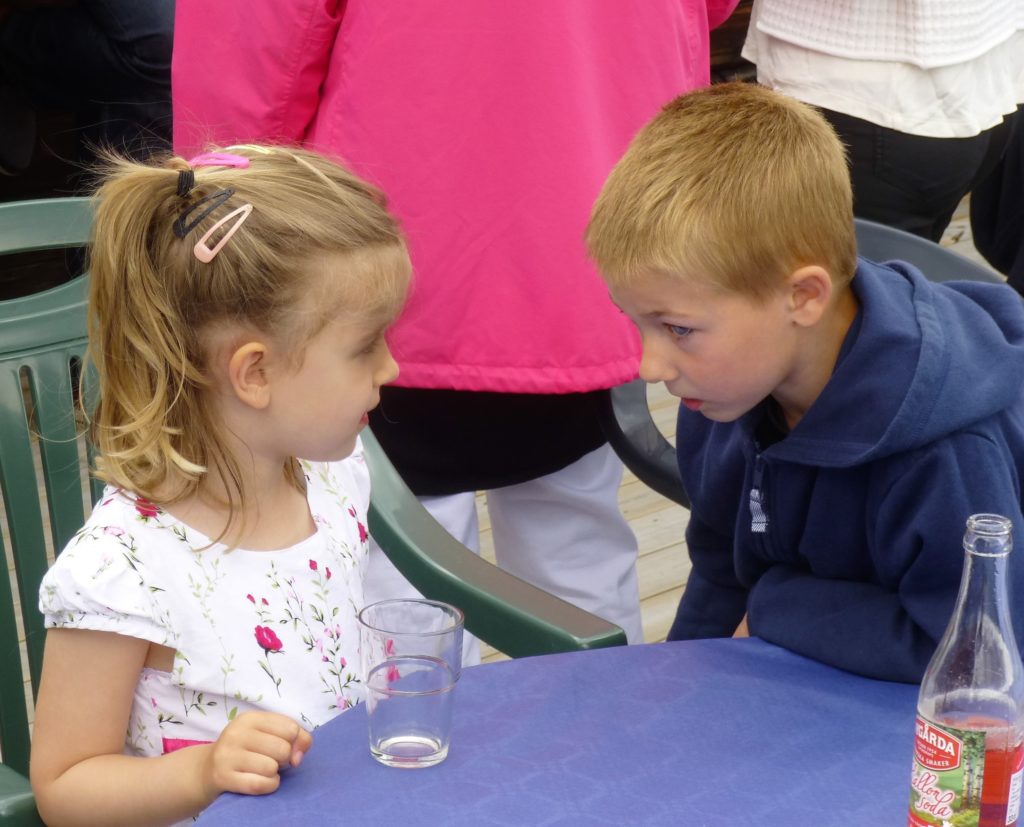 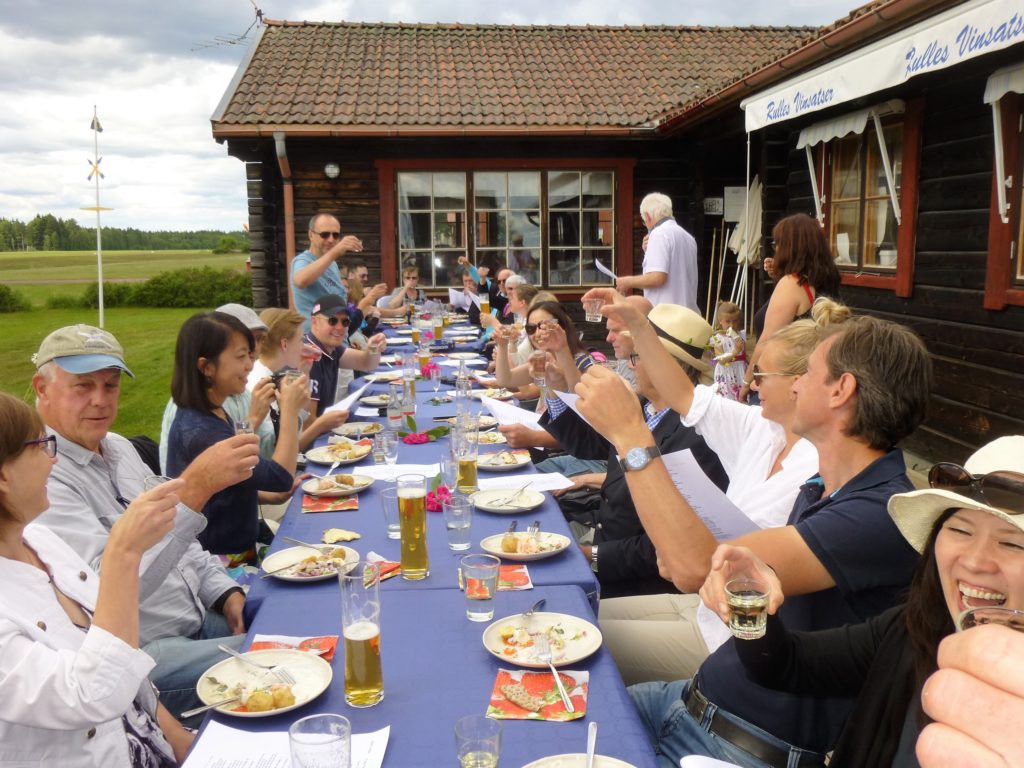 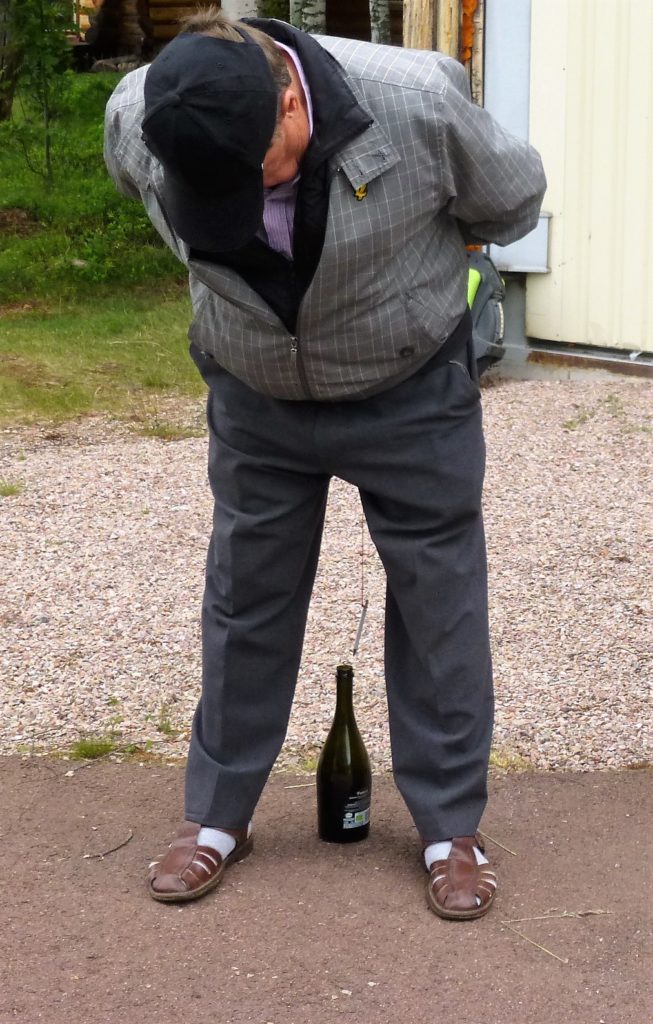 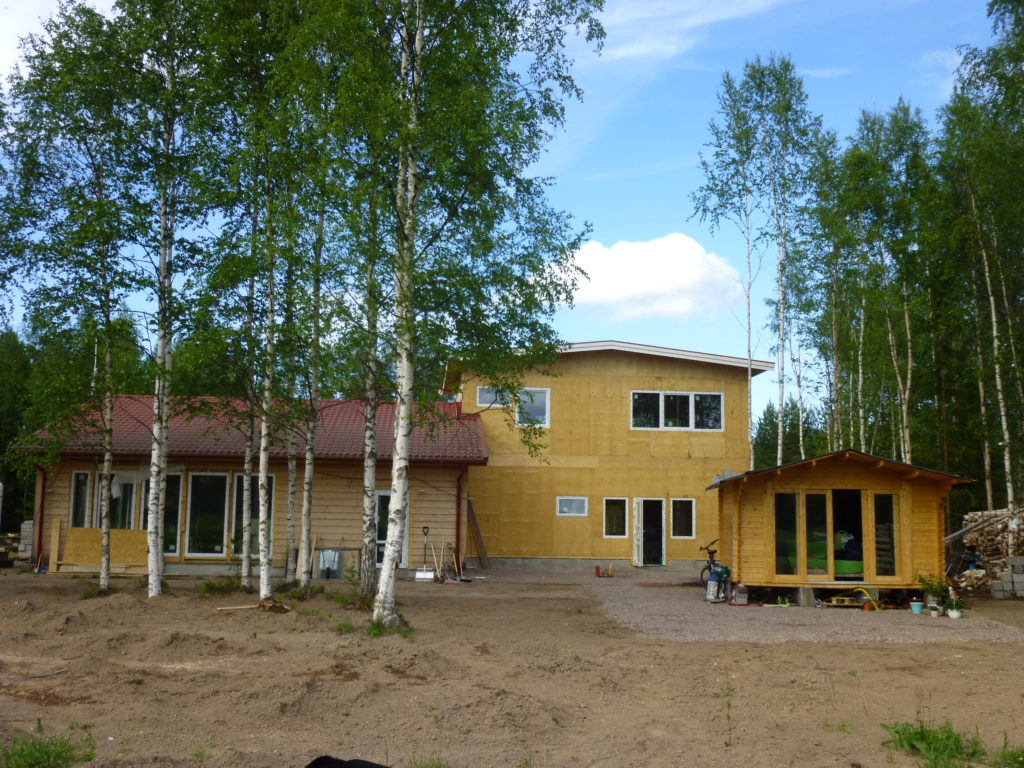 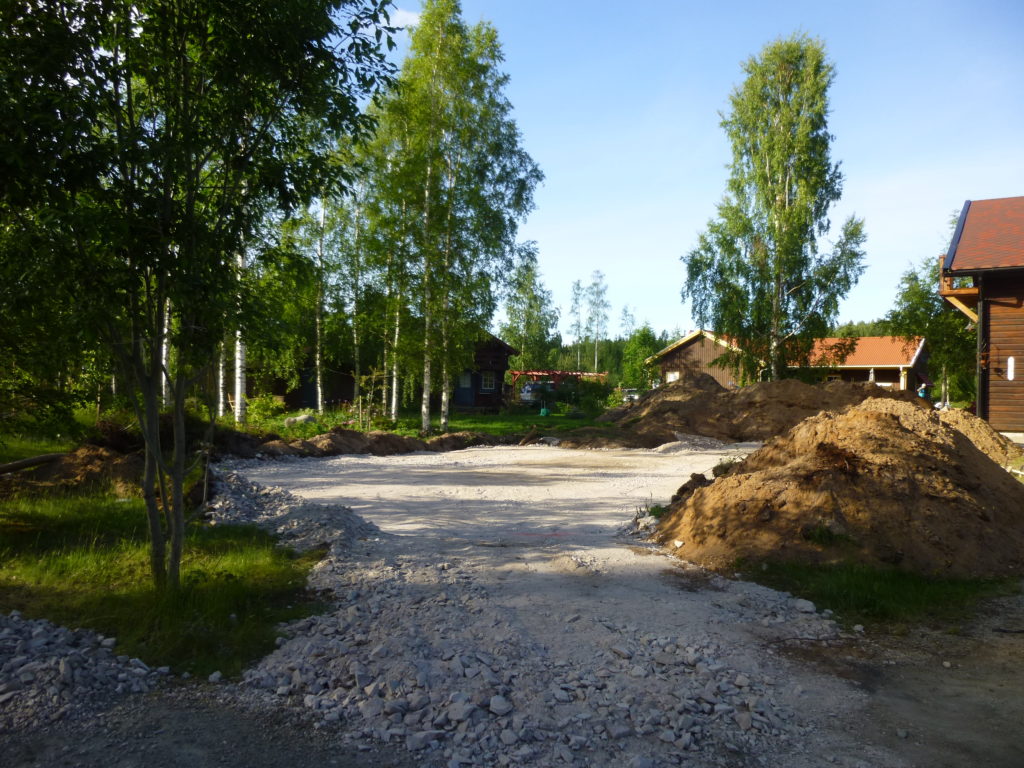 …and they are digging a hole for their house… 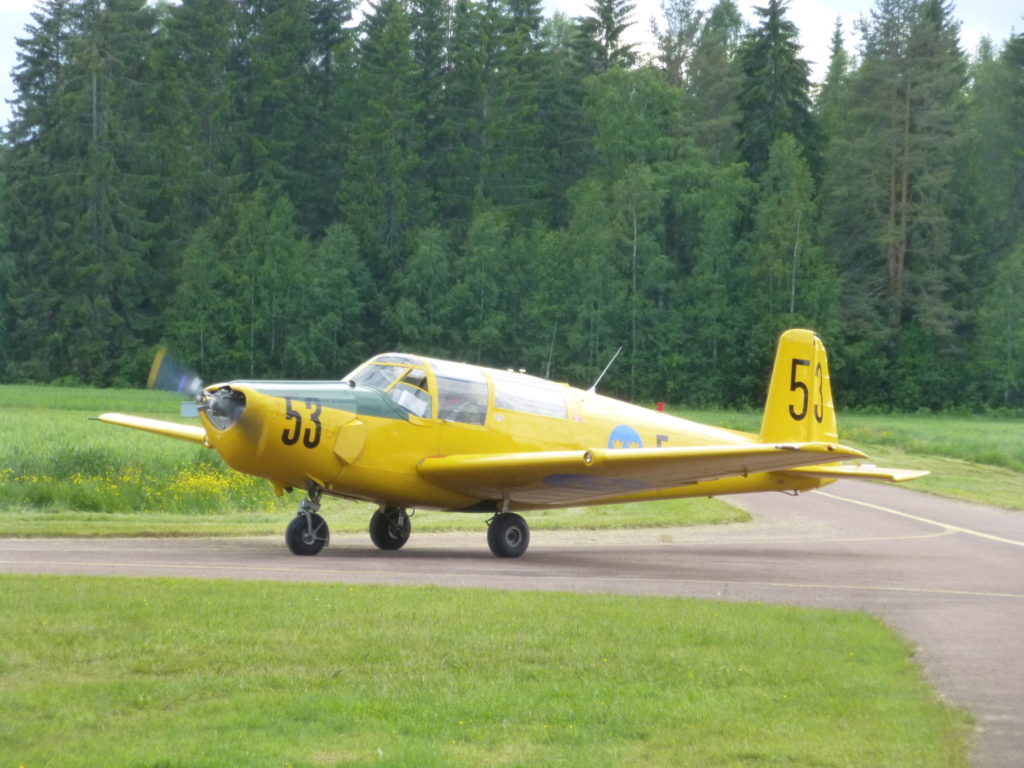 Things are happening in Siljan Airpark…

The new board had its first ordinary meeting after taking over from the interim board on June 1st. What the interim board has been working with in this interim period can be read in the latest issue of SAPnews 3-2017. That was mainly about “keeping the boat afloat” until June 1st.

The agenda for the board meeting was sent to all SAPS members in advance along with documentary material for information. The minutes will be sent out by e-mail as the percentage of members registered at the Forum is modest and as such no reliable platform for ensuring that published important documents reach all members. But it will be published as well on Member Forum under Meetings, Documents, Protocols as usual as our statutes require. All board members were present at the meeting either physical or on-line, and that worked well.

The generous donation to a play ground on the common plot must wait a little to be used! It turns out that the drainage work done last year is not working sufficiently well for using the common plot for anything. So far it is too swampy and something has to be done before we can start the job on a playground.

The owner of Mt Saps, Joakim Hansson, has generously allowed us to dump our garden waste on his property, better known as Mt Saps. There was a vision about eventually having a picnic place, a view point, a beautiful place with a view over the blue, blue mountains. But when you encounter a sight like this your heart sinks down, way down. How could they do it! The people who dumped these blocks of concrete on Mt Saps apparently did not consider the consequences of their action. How can we manage to move these huge, heavy blocks away and to where, and why do we have to pay for depositing this elsewhere when it is not our waste?  Joakim Hansson and our president of SAPS are considering a way to solve this problem and prevent it from happening again. Help them, if you see or hear something that could throw light on this.

From the flying club

Every day – weather permitting – the gliders are up, chasing points for the ongoing on-line contest where Siljansnäs flying club have conquered points and trophies the last couple of years. But also rehearsing for Kräftis! Yes, at the end of a perfect gliding day you may have the luck to hear on the radio two glider pilots communicating closely, constantly reporting their position to each other and at the next moment one glider is doing a low pass dumping ballast water and followed CLOSE by a second one doing the same thing! This is awesome! But you must listen carefully to the communication and stand by at your porch or you will miss this elegant sight.

Next event in the flying cub will be the 3rd Glide-in on July 1st followed by a whole week of gliders’ camp.

printed with permission from Gary Clark. See more on www.swamp.com.au

The sun is on its way down and all of a sudden the field looks like ripe barley! But it isn’t. It is just the golden light from the setting s

un on the young ears of wheat – on a background of clouds resembling something soft and fluffy thrown out with a generous hand.

Beautiful! Our very own.